The experienced team at Primary Care Plus – Metairie brings you quality primary care medicine, as well as a wide range of specialized services. We are committed to providing you with the comprehensive care you deserve.

We use an electronic medical record (EMR) system to store all your information, including your health history, medications, diagnostic reports, and notes from specialists. EMR connects your entire medical team at Primary Care Plus – North Broad, so your care is always accurate and efficient. EMR also allows us to quickly send your medical information to a hospital or other healthcare provider, if needed. 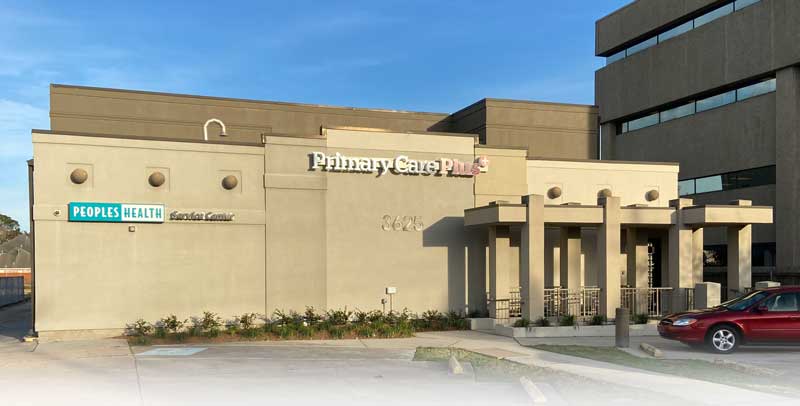 Same Day or Next Day Appointments Available for Current Patients

Download and fill out PDF forms prior to your visit.

Prior to joining Primary Care Plus, Dr. Montalvo served the Metairie community in private practice for 20 years, and he has been published five times.

Dr. Frank J. Monte earned a Bachelor of Science in mathematics in 1973 and began pre-med courses at the University of New Orleans that same year. Dr. Monte completed studies at LSU School of Medicine and began an internal medicine residency at Charity Hospital in 1978. He earned board certification in 1981, following his residency, and accepted a faculty position that year as a clinical instructor in internal medicine at LSU School of Medicine, where students shadowed him in his office. Dr. Monte continued this role in a volunteer capacity until 2005.

Dr. Monte entered private practice after his residency and held staff appointments at Mercy Hospital, Memorial Medical Center, East Jefferson General Hospital and Doctors Hospital of Jefferson. In 1996, he was named a Fellow of the American College of Physicians in recognition of academic, educational, clinical and community service.

Prior to joining Primary Care Plus, Jaime served as a family nurse practitioner, evaluating, diagnosing and treating acute and chronic illnesses in primary care and urgent care settings at East Jefferson General Hospital, JenCare Senior Medical Centers and The Urgent Care. She began her career in 2010 at East Jefferson General Hospital serving as a registered nurse in a medical-surgical unit.

Jaime is a member of the Sigma Theta Tau International Honor Society.

Dr. Sarah Schwertner earned Bachelor of Science degrees in both pre-med psychology and biological studies from the University of New Orleans before beginning LSU School of Medicine in 2008. She joined the Louisiana Army National Guard in 2010, where she performed health assessments for National Guard members. Dr. Schwertner completed her family medicine residency program at East Jefferson General Hospital in 2016.

Major Schwertner continues to serve in the National Guard as part of the U.S. Army Medical Command. She is board-certified and has been a member of the American Association of Family Physicians since 2013.

Primary Care Plus – Metairie offers convenient appointments for primary care, including routine physicals, immunizations, and treatment for illness and injury.

We accept most insurance plans. Call us for more information.

Your source for primary care providers in Louisiana. Primary Care Plus is a healthcare clinic dedicated to patient health through continuity of care.